You are here: Home > What We Do > Innovative Projects > TOMODACHI-ICP Collegiate Civic Engagement Program

Innovations in Civic Participation partnered with the US-Japan Council and the TOMODACHI Initiative to launch an innovative new exchange program between American and Japanese universities in 2014. The TOMODACHI-ICP Collegiate Civic Engagement Program was designed to develop partnerships between university students and staff in multiple regions of Japan and the United States. This program aimed to cultivate the next generation of civic leaders and social entrepreneurs in Japan while simultaneously establishing structures for sustained bilateral exchange. Students had the opportunity to experience a transformational exchange program and focus on knowledge sharing and institutional change.

(2) In February 2014, Japanese university professors and student leaders from universities in Okinawa, Tohoku, and Tokyo traveled to the US in order to attend the Ashoka U Exchange hosted at Brown University. The Japanese delegation conducted campus visits in order to examine various models of civic engagement and social entrepreneurship at participating US universities. 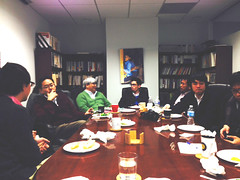 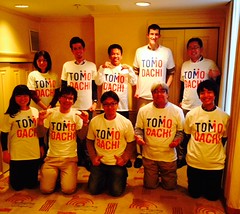 The TOMODACHI Initiative is a public-private partnership that was born out of support for Japan’s recovery from the Great East Japan Earthquake. The initiative is focused on investments in the next generation of Japanese and American leaders through educational and cultural exchanges as well as entrepreneurship and leadership programs.